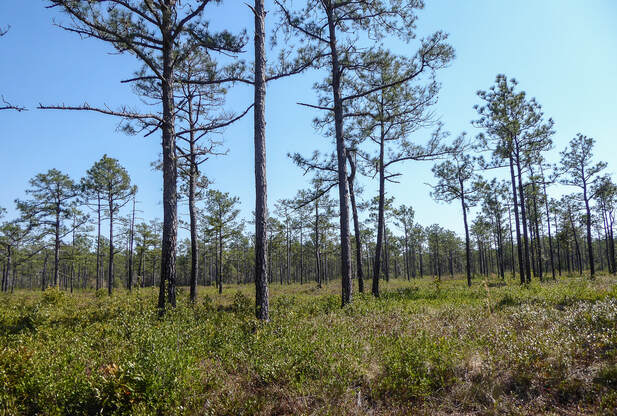 The Boiling Spring Lakes Plant Conservation Preserve (Brunswick County) supports several longleaf pine vegetation types, two of which are very rare and largely confined to Brunswick and Pender Counties: the Wet Pine Flatwoods (Sandmyrtle Subtype) and the Sandy Pine Savanna (Pleea or Rush Featherling Subtype). Both occur on wet mineral soil, but they differ in the texture of the associated soil.
​
Within the National Vegetation Classification, the term “longleaf flatwoods” usually refers to vegetation of relatively moist, sandy soil, whereas the term “longleaf savanna” usually corresponds to moist but more silty soils. However, this difference is not sufficient to readily separate these communities since soils tend to be heterogeneous within relatively small areas and the ranges of soil attributes observed in these types overlap.

The ground layer within the Sandmyrtle Subtype typically includes an abundance of shrub species such as Inkberry (Ilex glabra) and Dwarf Huckleberry (Gaylussacia dumosa). The Pleea Subtype also supports Inkberry and Dwarf Huckleberry, in addition to more moisture-demanding woody plants such as Wax Myrtle (Morella cerifera), Staggerbush (Lyonia mariana) and Sweetbay (Magnolia virginiana), and wetland ferns like Cinnamon Fern (Osmundastrum cinnamomeum) and Virginia Chainfern (Anchistea virginica). Both communities have a conspicuous and showy herbaceous layer, often with insectivorous plants and orchids, though the propensity of Pleea to form small hummocks tends to limit the small-scale diversity of examples of this community.

Like all longleaf pine vegetation, these communities depend on chronic, low-intensity fire to keep woody plants small in stature and prevent them from crowding out the species-rich groundlayer vegetation.

One of the most biologically interesting features of these two communities is the geographic distribution of two species recognized in their names: Sandmyrtle and Pleea. In addition to the Brunswick and Pender County region of North Carolina, Pleea also occurs in longleaf pine savannas of the Florida panhandle and nowhere else. Both regions are known to have supported species during the full glacial period that were lost elsewhere owing to the cold climate.

Sandmyrtle occurs in a few longleaf sites in the sandhills of North Carolina near Fort Bragg, and in fire-maintained pitch pine woodlands of the New Jersey Coastal Plain. This species also occurs on high-elevation rock outcrops in the southern Appalachians and adjacent Piedmont where exceptionally thin soils prevent trees from becoming dominant and shading out the Sandmyrtle. Recent molecular research has shown the oldest populations of Sandmyrtle to be those of the Appalachians and that the coastal plain populations separated from the mountain populations approximately 1.3 million years ago.
​
Both Pleea and Sandmyrtle appear to owe their occurrence in southeastern North Carolina to their association with a geological feature known as the Cape Fear Arch. This low ridge allowed plant species to persist during periods when the coastal plain was covered by ocean water. Numerous other species specific to longleaf pine communities also persisted on the Cape Fear Arch, the most famous being the Venus Flytrap which occurs in both the Wet Pine Flatwoods and the Sandy Pine Savannas of the Boiling Spring Lakes Preserve. 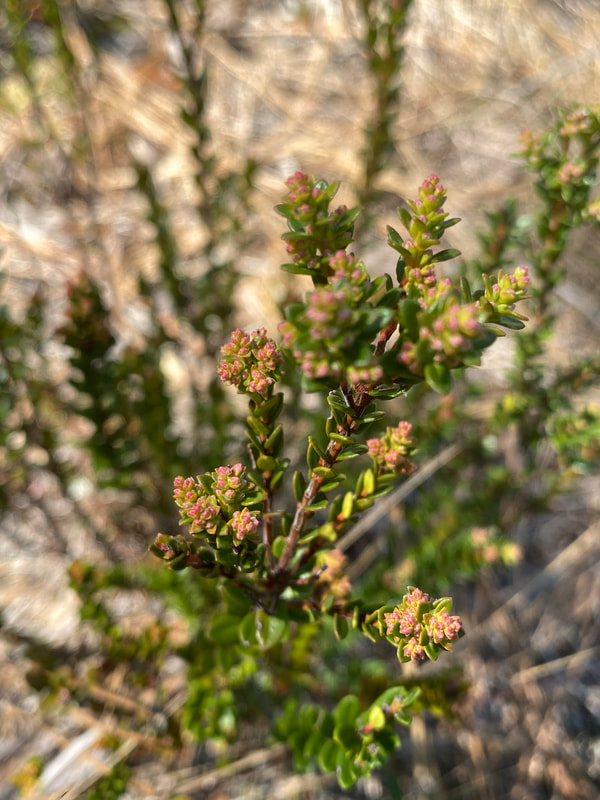 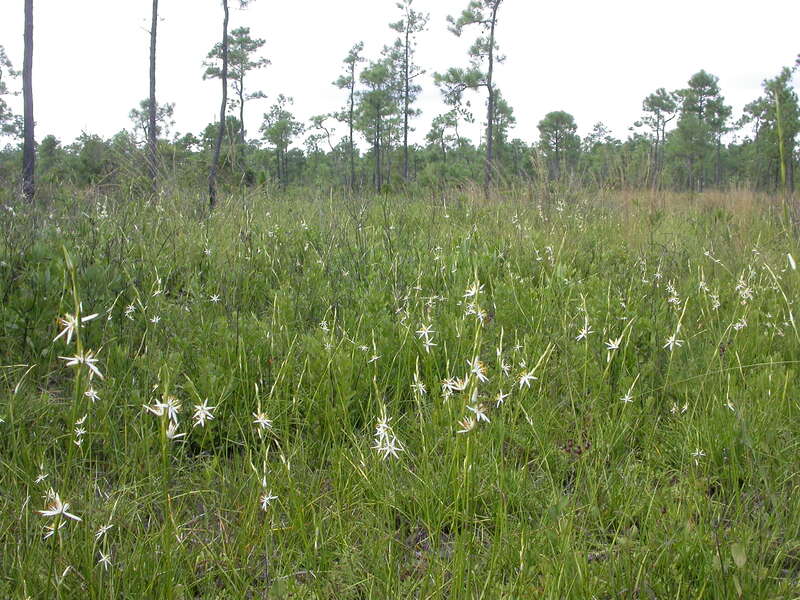 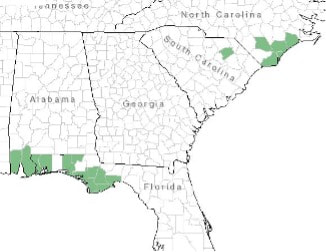 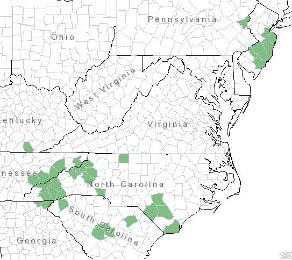