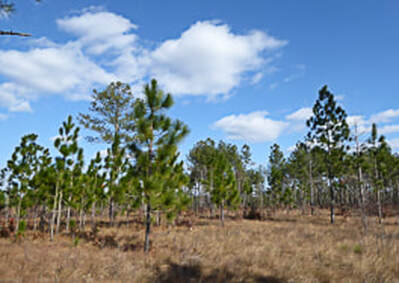 It was the summer of 1987 and Steven Worth Leonard, an environmental specialist and well-known botanist, with the North Carolina Division of Soil and Water Conservation was surveying wetlands on the old Governor Holmes (1769-1829) plantation in Sampson County when he found something he never expected to find in North Carolina. The next morning, he called his friend Julie Moore at the North Carolina Natural Heritage Program and asked her to meet him at a crossroads near where he had been surveying. "Steve wouldn't tell me what he had found, but I knew it was big from the excitement in his voice," said Moore. (Note: Julie Moore is a current member of the NC Plant Conservation Board.)

Leonard’s discovery turned out to be the first viable population of Pondberry (Lindera melissifolia) found in North Carolina in over a decade. Both Leonard and Moore had been looking for it in the wetlands of eastern North Carolina for years. Four years later, Canal Holdings deeded 2,103 acres of Governor Holmes' old mill lands, known locally as White Woods, to the North Carolina Chapter of The Nature Conservancy. The Conservancy, in turn, deeded the land to the state of North Carolina.

Today, the Pondberry Bay Plant Conservation Preserve is one of 184 Dedicated Nature Preserves across North Carolina. The Pondberry Preserve was dedicated in 2002 to protect “a diverse longleaf pine ecosystem with uncommon to rare natural communities and several uncommon to globally very rare plants and animals” (Sampson County Natural Area Inventory) and “to conserve in perpetuity the rare plant species and plant communities currently and historically found in the area” (Pondberry Bay Plant Conservation Preserve Overview).

The Preserve is home to one of only two known and naturally occurring populations of the state and federally endangered Pondberry in North Carolina. The Natural Heritage Program lists a third population, but it can no longer be found. Four other state protected plant species also make their home at Pondberry Bay, Sandhills Milkvetch (Astragalus michauxii), Pondspice (Litsea aestivalis), Raven’s Seedbox (Ludwigia ravenii), and Awned Meadowbeauty (Rhexia aristosa), along with at least eight additional plant species considered rare and of conservation concern. According to the 2007 Natural Area Inventory, the site is also one of “very few known occurrences of the Cypress Savanna natural community on the Coastal Plain east of I-95.”

Pondberry Bay is one of the Carolina Bays, elliptically shaped, freshwater depressions that provide habitat for frogs and salamanders and in some cases, native fish species. Although the bays naturally fill and empty throughout any given year based on rainfall, Pondberry Bay has recently stayed empty due to competition for water from loblolly pines and dredging at the adjacent Sampson County landfill. PCP staff are nervously waiting for the landfill dredging to be completed to determine if the bay will refill.

The management plan for the Preserve will take years to implement but progress is visible. Sections of an old pine plantation were logged in 2020 to remove the loblolly pines. Those sections will be replanted with longleaf pines later this year. Thanks to the quick thinking of the logging crew, the logging activity stopped short of the historical tar kilns located on the site. Tar kilns are pits dug by the early colonists to burn the limbs and pinecones (lightwood) of the longleaf pine. Once the pit had been dug out, it was filled in with lightwood and then slowly burned to distill out the tar. There are a series of the mounds left from the kilns stretching through one section of the Preserve.

PCP staff will pursue several major management activities on the site this year.
The land we call Pondberry Bay was home to the Coharie Native American Tribe, the Holmes family, and the White family. Two family cemeteries are still maintained on this tract. The White family cemetery is no longer being used but is tended annually by family members who remain in the area. The Howard family cemetery has internments as recent as 1995. The original Governor Holmes plantation was divided up after the death of the last remaining member of the White family in 1930. The bulk of the original plantation constitutes Pondberry Bay Plant Conservation Preserve. To learn more about the history of this land, see the July and October 2018 issues of the Sampson County Historical Society’s newsletter devoted to Governor Holmes and the White Family. 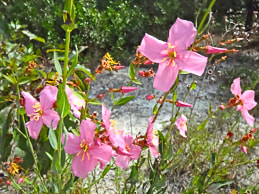 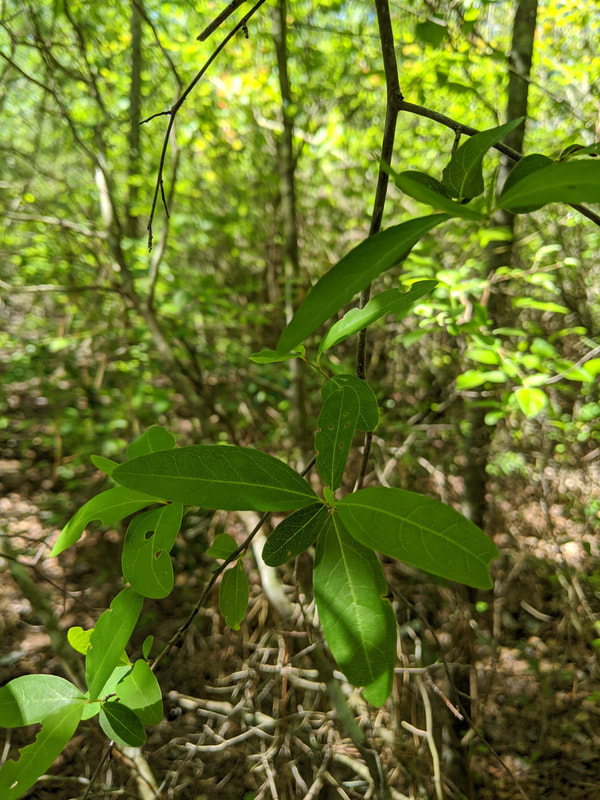